As No. 9 Oklahoma and No. 10 Oklahoma State get ready to square off Saturday, we at Bingham and Howarth Family Dentistry are excited! Our staff loves supporting all Oklahoma teams in all sports but there’s nothing like the feel of Bedlam especially when they’ll be playing for the Big 12 Championship title in Norman, Saturday.

Bedlam is always big, but this year, for the second consecutive season, a Big 12 title is at stake when these two teams renew their annual rivalry. No matter what team you’re cheering for it is defiantly one to watch!

Are you missing some teeth?

We’re here to help! If you’re missing teeth, dental implants might be the solution to get you smiling again! Learn all about the process of getting a dental implant with our free eB00k: 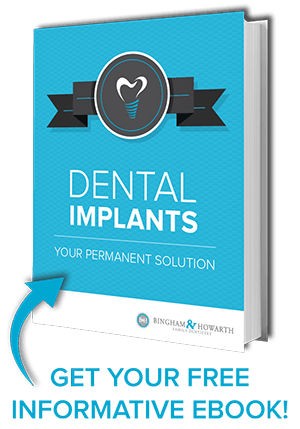